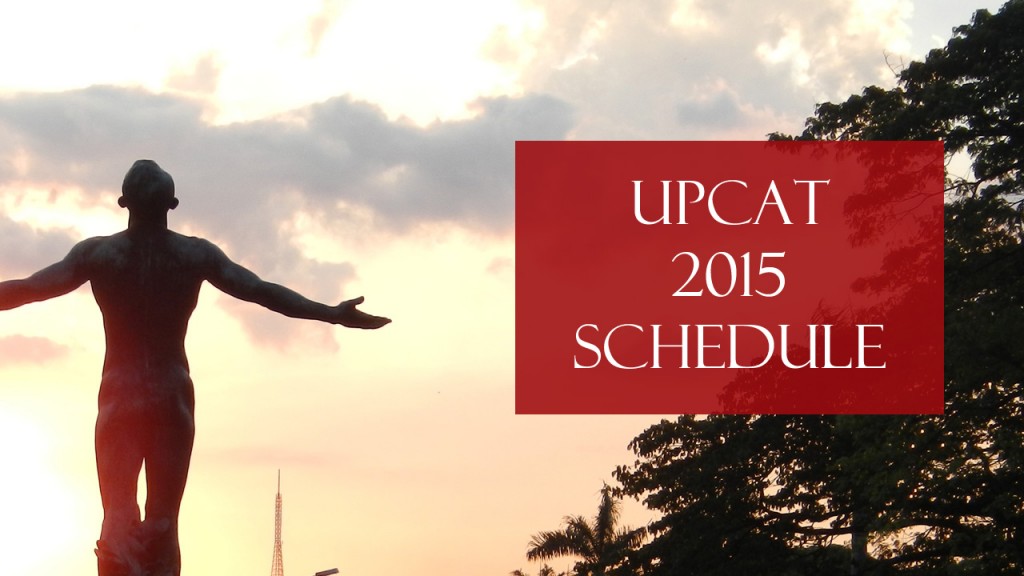 The University of the Philippines has released the schedule of the UP College Admission Test (UPCAT) this 2015. The entrance test is scheduled on August 30, 2015, according to the UPCAT General Information bulletin of the UPCAT official website. The scheduled entrance exam is for the Academic Year 2016-2017.

According to the website, applications for UPCAT 2015 will start in July. In the previous years, applications were only done through physical and courier/mail submissions. Now, applications can be accomplished online which will enable students faster application processing.

Aside from the online application, UP mentioned that they will include a link to the free Online UPCAT Reviewer, a service for students which they announced early this year (Review Masters has a free online review since 2009 which you can access here).

UP also released the coverage of the UPCAT. The test will consist of 4 subtests: Language Proficiency (English and Filipino), Science, Math and Reading Comprehension (English and Filipino). In the previous exams, the Filipino part of the two subtests were not formally announced by UP. This year however, they made a very clear pronouncement about the exam’s coverage.

The UPCAT general information, however, did not include a provision of who can take the test. We all know that this year is the transition period for the implementation of the K to 12 curriculum and students are still wondering if Grade 10 students can take the test. As of this moment, we are yet to hear the official announcement of UP about this matter.

Bookmark this page for more updates.